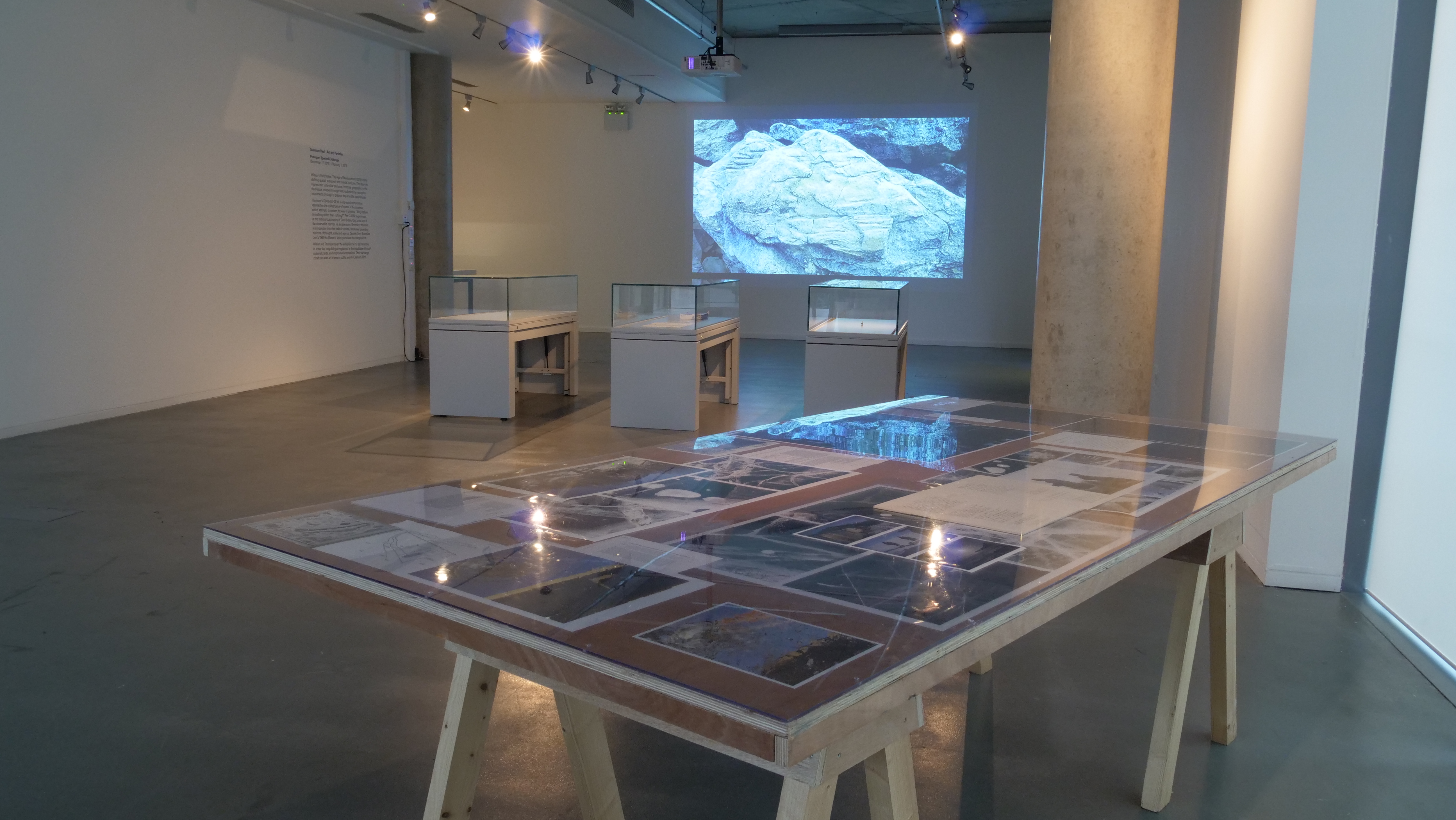 Matthew C. Wilson and Jol Thomson use transdisciplinary artistic research to engage with other modes of practice, notably scientific research and field work, in a negotiation of the limits of knowledge. For this exhibition they approach the gallery as an experimental platform for open-ended exchange: a zone receiving generative materials, formed, reformed—later studied and analysed. The artists’ exhibition-as-conversation, and conversation-as-research, critically engages notions of measurement, im/perceptibility, horizons, anomalies, constants, in/determinacy, opticality, as well as locations and structures of knowledge.

Wilson and Thomson’s ongoing exchange materialises in various forms, from field samples to text and image, inviting further lines of inquiry surrounding past and ongoing projects by the artists. A video from each artist initiates the exhibition:

Wilson’s Field Notes: The Age of Measurement (2018) tracks shifting spatial, temporal, and mental horizons. The desire to ingress into unfamiliar domains, from the geographic to the theoretical, courses through historical maritime navigation instruments through to present-day scientific apparatuses.

Thomson’s G24|0vßß (2016) audio-visual composition approaches the coldest piece of matter in the universe, which attempts to answer, by way of physics, “Why is there something rather than nothing?” The CUORE experiment, at the National Laboratory of Gran Sasso, Italy, sinks out of the observable cosmos via temperature. Thomson dreamed a composition into that radical outside, iteratively extending horizons of thought, scale and agency. Quotes from Stanislaw Lem’s His Master’s Voice (1968) punctuate the composition.