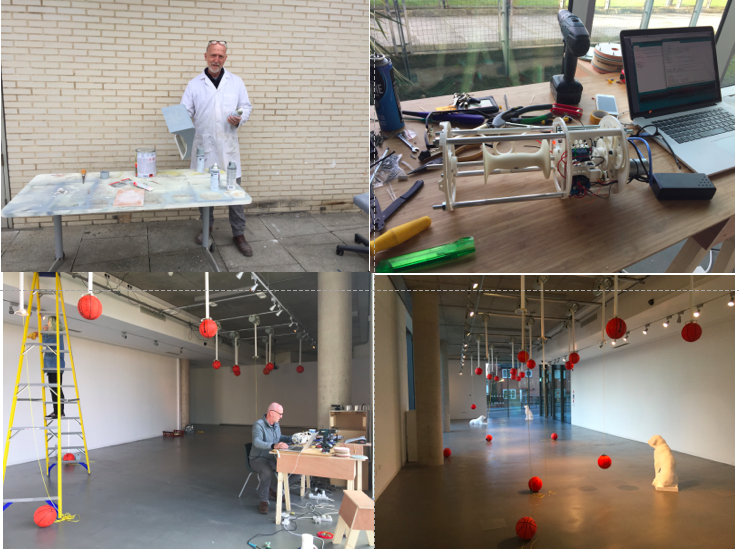 James Charlton, artist and researcher; doctoral research residency to develop and present his project Catch|Bounce. Towards a relational ontology of the digital in art practice.

Catch|Bounce proposes a radical rethinking of ‘the digital’ as a term defined solely by entrenched computational narratives. Building on New Zealand Post-Object Art practices of the late 1960’s the research employs an expanded sculptural practice in order to further inform New Materialist ontologies that – after Heidegger, are taken as pointing to a means of articulating ‘the digital’ as an in-itself – a structurally discrete event that exists only in continuous co-emergent relations with the analogue. Such non-dualist thinking provides a critical framework that informs the research practice as it attempts to negotiate what terms of knowledge production are capable of realising a discrete relational structure. How and through what methodological agency might ‘the digital’ be constituted in art works and practice?

This residency is supported by Arts Council of New Zealand and Auckland University of Technology.